Where can you find truth today? Lauded and loudly applauded, maybe, but in reality it is almost universally rejected. Why is it in such short supply? Why do we human beings seem to have such an aversion to truth? We’re not talking about scientific truth — the nature and behavior of atoms and quarks and the like — but about real truth. You know, the big truths pertaining to origins, life and death, God, the Bible, human relationships, right and wrong, and such like. Some strange quirk seems to make everybody — informed and uneducated alike — embrace fairy tales and eschew truth.

Perhaps the chief reason lies in a simple truism — human beings are hostile towards God (Rom. 8:7) and so, logically, since the big truths come from Him, we cannot help but resist them.

What can God-fearers do to change that situation? Almost nothing. Remember, most people of Jesus’ day rejected His teachings, and He was the best public speaker and teacher that ever there was (John 7:46). What we can do is to put truth out there into circulation and then relax. Jesus didn’t make any attempt to cram truth down peoples’ throats; we would do well to follow His example. The pages below this one will feature articles that seek to make sense of the ultimate source of big truths available to human beings — the Bible. 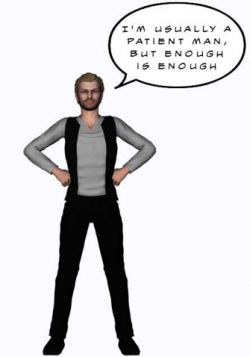 Paul is fed-up with the silly old argument against the virgin birth of Jesus. See Mary: maid or virgin?